While there are some Windows laptops with even higher-resolution screens, most have screens that are significantly larger, which means that the Sharp Mebius Pad may have a higher pixel density than any Windows device introduced to date. 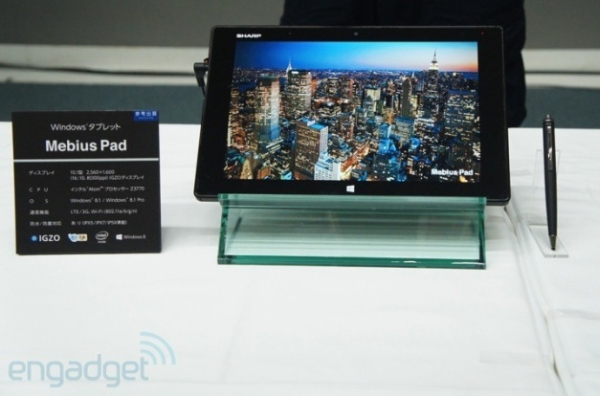 It’s a dust-proof and waterproof device with support for 4G LTE wireless networks in Japan.

Sharp says the tablet is likely to be available in Japan in early 2014. Unfortunately we probably won’t see this tablet outside of Japan anytime soon — the company doesn’t tend to sell tablets internationally.

Hopefully other tablets with similar displays will show up overseas though.