Asus is preparing to launch a new smartphone that can also function as a tablet thanks to an optional tablet-sized docking station which adds a bigger screen and a bigger battery. The company is holding a new Padfone launch event on September 17th.

The company has been offering Padfones for a little while, and in February introduced the first Infinity model featuring a 5 inch phone with a 1080p screen and 10 inch full HD tablet.

Update: It’s official. The new Padfone Infinity features a Qualcomm Snapdragon 800 processor and a microSD card slot (something that was notably absent on its predecessor).

It’s not yet clear what features the new model will have, but the unchanged name suggests the phone and tablet will continue to have full HD displays. 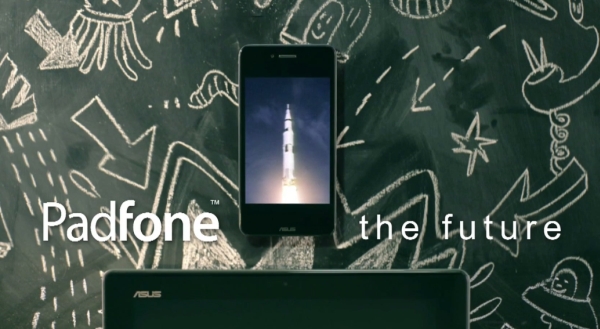 Since the earlier model sported a Qualcomm Snapdragon 600 quad-core processor, 2GB of RAM, up to 64GB of storage and a 13MP camrea, it seems like a safe bet that the new model will have specs that are at least as impressive.

Unfortunately Asus hasn’t made a habit of offering its Padfone devices outside of Asia in the past. So there’s a decent chance that if you want to get your hands on whatever Asus offers next, you might have to pay a hefty price to import it from overseas.