Compulab is now taking orders for the MintBox 2, a tiny, fanless desktop PC with an Intel Ivy Bridge processor, 4GB of RAM, and a 500GB hard drive. It’s also one of the few computers to come with Linux Mint pre-loaded.

You can order the MintBox 2 from the Compulab website for $599. It should be in stock at Amazon

by the end of September, and it’s expected to hit Europe in October. 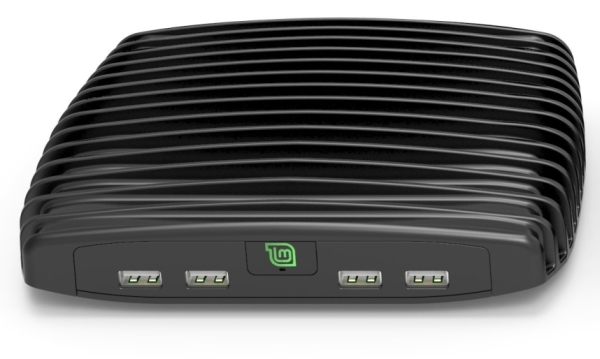 The computer comes with a 5 year warranty, although the hard drive is only guaranteed for 2 years.

While the MintBox 2 has a much faster processor than than the original MintBox, which featured an AMD G-series processor, you can still order the MintBox Pro (2012) model for $439. That price gets you a model with an AMD G-T56N processor, 8GB of RAM and a 250GB hard drive.

. What really makes the MintBox special is that it’s sold in partnership with the developers of Linux Mint, and it’s guaranteed not only to support Linux Mint 15, but future releases as well.

Five percent of revenue from sales goes to support the Linux Mint project.