Microsoft second-generation Surface tablets look an awful lot like the models released in 2012. But they have faster processors, more versatile kickstands, longer battery life, and other improvements.

The company is also offering new accessories including a a desktop dock, a keyboard case that also serves as an extra battery for your Surface tablet, and a backlit keyboard cover.

The two new tablets are available  for pre-order from the Microsoft Store, as are some of the accessories. The tablets should ship October 22nd, just a few days after Windows 8.1 launches. 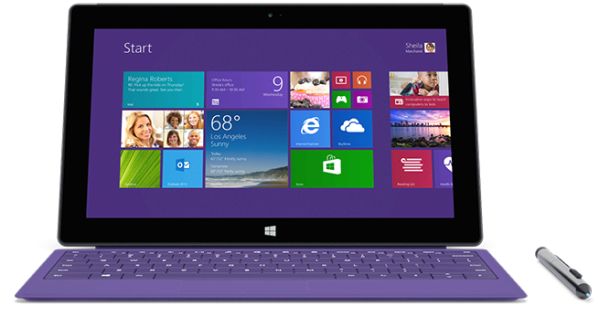 The new Surface Pro 2 is powered by an Intel Core i5 Haswell processor, offering better performance and longer battery life than last year’s Ivy Bridge model. You should be able to get up to 7.5 hours of battery life from this tablet.

Microsoft says you can get 2.5 times the battery life of the original (possibly up to 12 hours) with the optional Power Cover (see below).

Microsoft has also bumped the RAM for the highest priced models from 4GB to 8GB, which is not only a big step up from the last model… it also gives the Surface Pro 2 more memory than you get in a typical ultrabook. Not bad for a slate.

Entry level models with 64GB or 128GB of storage will still ship with 4GB of memory.

The tablet still has a 10.6 inch, 1920 x 1080 pixel display and a digital pen for pressure-sensitive writing and drawing. But the kickstand on the back has been updated to work in 2-positions.

Say goodbye to the Surface RT and say hello to the Surface 2. It still runs Windows RT, but Microsoft is (perhaps wisely) distancing this tablet from the name. 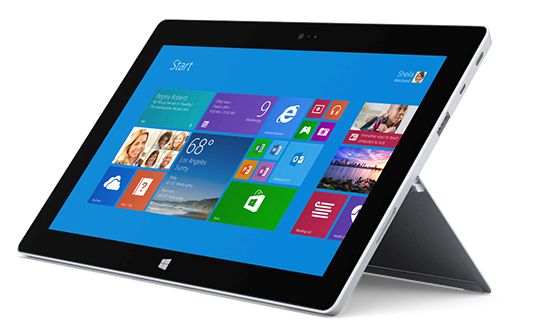 The new model features a faster NVIDIA Tegra 4 ARM Cortex-A15 quad-core processor and a higher-resolution display. The original Surface RT had a 1366 x 768 pixel screen, but the new Surface 2 has a 1920 x 1080 pixel display.

It’s also thinner and lighter than its predecessor, gets 25% longer battery life with up to 10 hours of run time, and it comes with new color options: You can get a silver version if you don’t like black.

Not happy with the battery life available from your Surface tablet? Microsoft is introducing a new optional cover which doesn’t just have a built-in keyboard, it also has a 30 Whr battery. 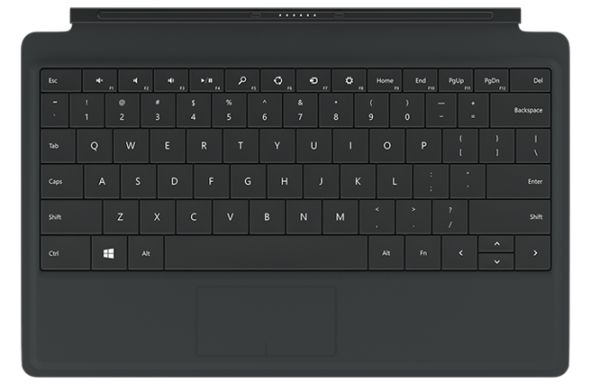 When the Power Cover is attached to your tablet, it’ll recharge the Surface battery, giving you around 2 hours of extra use.

The new cover is expected to be heavier than a typical keyboard cover though, at about 1.1 pounds. That’s about twice the weight of a Touch Cover.

The Power Cover will work with the Surface Pro, Surface Pro 2, and Surface 2 — but not the original Surface RT tablet. It will sell for about $200.

Connecting the tablet to the dock should let you power an external display at resolutions up to 3840 x 2160 pixels. 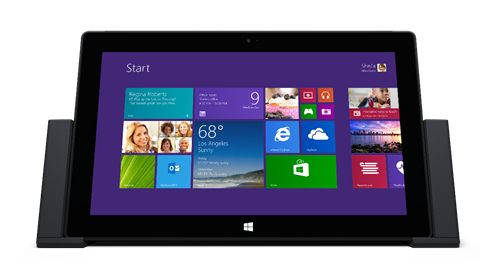 Microsoft is also now offering keyboard covers. The Type Cover 2 is 1mm thinner than its predecessor — but it adds a backlight. 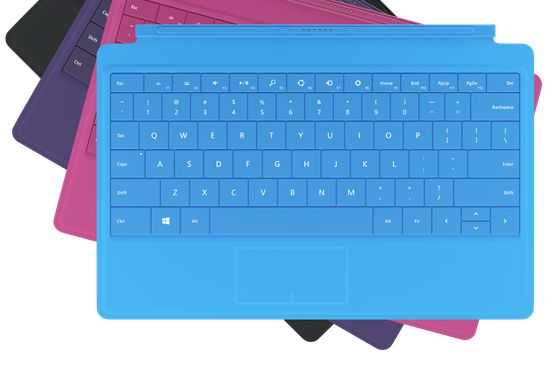 The Type Cover 2 comes in colors including purple, pink, black, and blue.

It’ll be available for pre-order September 24th for $130.

Buy a new Surface tablet, and you’ll get 200GB of free Microsoft SkyDrive cloud storage for two years, and free worldwide Skype calling and Skype WiFi for a year. 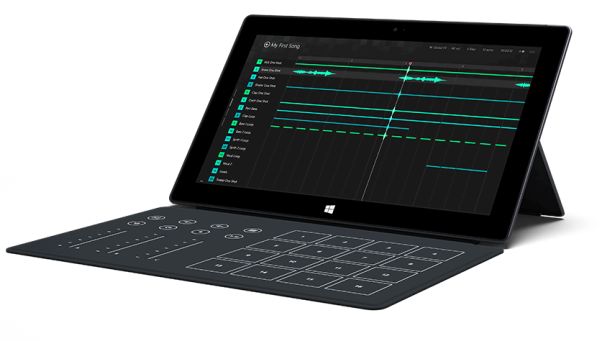 Microsoft is also introducing a new accessory called the Surface Music Kit, a backlit cover with touch-sensitive sliders, buttons, and other goodies for mixing music and playing DJ on the go. When you connect it to a Surface for the first time, a music production app will be installed automatically.

In 2014, Microsoft also plans to introduce a $60 wireless adapter for its keyboard cover accessories, letting you use them to type, swipe, or otherwise control a Surface even when the screen and keyboard aren’t attached. You can use the cover as a remote control for presentations this way. Other accessories include a $70 Arc Touch Mouse, and an upcoming car charger for Surface tablets which also has a spare USB port for simultaneously charging other devices.

via Engadget, The Verge, and WinSuperSite