Google Voice has been on a lot of people’s short-lists for a Google spring cleaning for the past few years. It’s a pretty awesome service which can transcribe your voicemail, assigns you a single phone number that you can give people to ring some or all of your phones, screen and automatically block calls from certain numbers, and much more.

But Google rarely updates the Google Voice app for Android… or acknowledges its existence in any way. But it looks like Google isn’t ready to kill Voice just yet.

Earlier this month the company announced an upcoming security change that would make it harder to check messages from an unauthorized device. Now Google has actually rolled out an updated version of Google Voice for Android.

Don’t get too excited — it’s just an update to fix a few bugs. But it looks like somebody at Google remembered that they have a Voice app. Maybe it’ll eventually be rolled into Hangouts, but hopefully it won’t just disappear and leave a bunch of people with useless phone numbers. 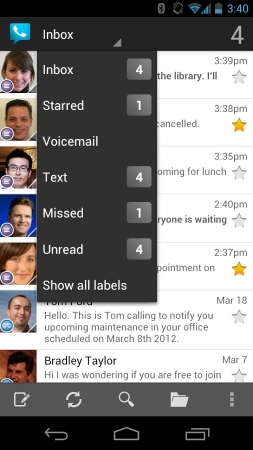