It’s been a while since Internet Explorer has been the most popular web browser in the world. In fact, only a little over 10 percent of the visitors to Liliputing are using the browser — although our audience tends to skew a little geeky.

But there are plenty of folks who continue to use the browser that came with their computer — or perhaps even go out of their way to download the latest versions. Internet Explorer 11 will be the default browser in Windows 8.1, but now Microsoft has also launched a release candidate for Windows 7.

It’s faster and better suited to touchscreen displays than earlier versions of Internet Explorer, and Microsoft has been much better about paying attention to web standards recently — so there’s a better chance of content looking correct whether you’re using Chrome, Firefox, or Internet Explorer. 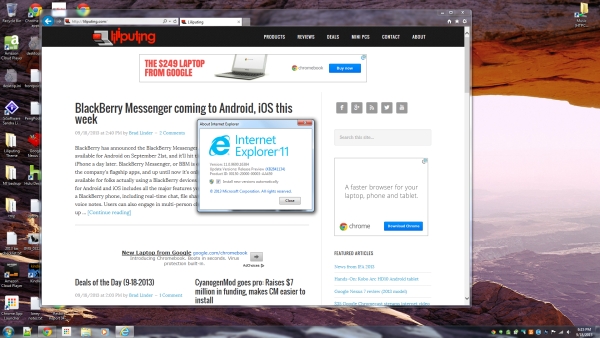