Apple introduced two new iPhones at once for the first time this year, with the unveiling of the iPhone 5C and iPhone 5S. While many people had been expecting one of those phones to be an inexpensive model, it turns out that cheap is in the eye of the beholder.

The iPhone 5C may start at $99 when you buy it with a 2-year contract, but it costs $549 and up if you buy it without a contract. While that’s $100 less than the starting price for the iPhone 5S, it’s still a lot of money.

Some folks are back-tracking on assertions that the iPhone 5C was designed to be a budget model and instead saying that the new iPhone with the plastic case is simply the first step in offering two iPhone models at once — much the way you can buy a MacBook or MacBook Pro, you can now get an iPhone 5C (standard) or iPhone 5S (premium).

That’s surely at least partially true. But that doesn’t mean the iPhone 5C isn’t a budget phone… by Apple standards. 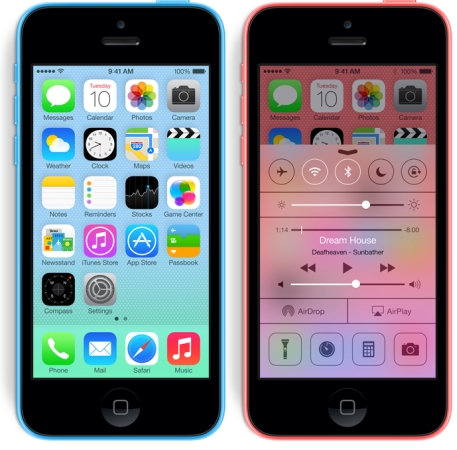 Sure, the iPhone 5C  if it costs around twice as much as a Google Nexus 4 or Xiaomi MI3.

It’s unlikely Apple ever had plans to offer smartphones at or near cost, the way the Google and Xiaomi do. So unless the company was planning to make a really crappy phone, I’m not sure what price people were expecting a “cheap” iPhone to debut at.

What Apple has done for the last few years is offer year-old smartphones at a moderate discount. It’s an easy way to offer shoppers a bargain price without devaluing the latest Apple products by suggesting that other models with lesser specs might be just as good.

Now you can get an iPhone 5C for $99 on-contract, or an iPhone 4S for free with a service plan.

That makes sense, since the specs for the iPhone 5C are nearly identical to those for the iPhone 5. The major difference is that the new model has a plastic case and comes in a variety of colors. It’s also probably cheaper to produce thanks to the falling costs of components, and the materials used. So Apple can offer it at a lower price.

Of course, if Apple hadn’t introduced a new plastic model, all signs would have pointed to the company dropping the price of the iPhone 5 by $100 and continuing to sell it.

But lower doesn’t necessarily mean low, and Apple’s new cheaper iPhone still costs more than many top tier smartphones on the market. And that’s fine, because it’s one of only a few phones designed to run the iOS operating system, so Apple can charge whatever it likes. And with an Apple A6 processor, a 4 inch, 1136 x 640 pixel display, an 8MP rear camera, a front-facing HD camera, and up to 32GB of storage, it’s not like the iPhone 5C is a bad phone, even by 2013 standards.

10 replies on “Is the iPhone 5C really a budget phone? Yes… But only by Apple’s standards”