Intel’s latest Atom processors may offer twice the performance of their predecessors while still sipping small amounts of power. But the company thinks it can go even further.

For instance, the company showed off a prototype of a processor so efficient that it could be powered by nothing more than a glass of wine. 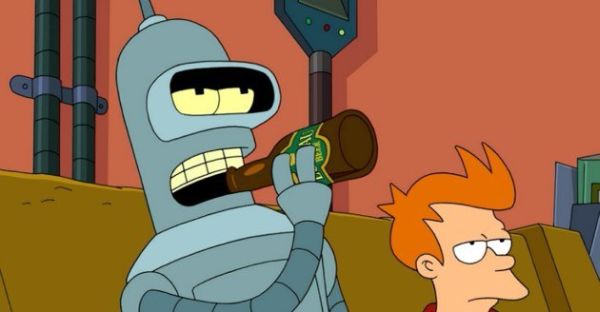 The acetic acid in the red wine produces enough energy to run the processor — much the way you can turn a potato into a battery that can power a light bulb.

Technically a wine-powered laptop wouldn’t be particularly cheap — even an inexpensive glass of wine probably costs more than a cheap battery. But it’s an impressive demonstration of just how low Intel can go in terms of power consumption.

While Intel’s wine-powered demo isn’t exactly ready to power your next-gen ultrabook, the company was able to show it off running a graphics program on a device with an E Ink display.

It’ll probably be a long time before notebook or smartphone chips can get by on the low levels of electricity used by this prototype. But Intel isn’t just thinking about traditional consumer electronics devices — the company also recently introduced a new processor family called “Quark,” which is set to compete with ARM’s Cortex-M family chips in watches and other low-power, internet-connected devices.

Or maybe one day we’ll see alcohol-powered robots with Intel inside.

5 replies on “Intel shows off a processor powered by wine”