There’s no word on how much the new model will cost or when it will hit the streets, but similar models with Ivy Bridge chips tend to sell for around $400 (for a barebones system without a hard drive, memory, or operating system). 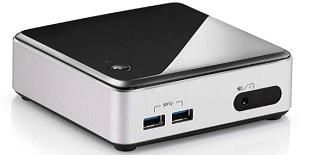 Under the hood there’s a mini PCI Express slot with mSATA support and a half-height mini PCIe slot.

The Core i5 chip that powers the new model is a 1.3 GHz dual-core processor with turbo boost support for speeds up to 2.6 GHz. It’s a 22nm chip with a TDP of 15W. Basically, it’s a chip designed for laptops, which’ll help keep the system from overheating. There’s not a lot of room inside the case: an NUC computer measures about 4.6″ x 4.4″ x 1.4″. 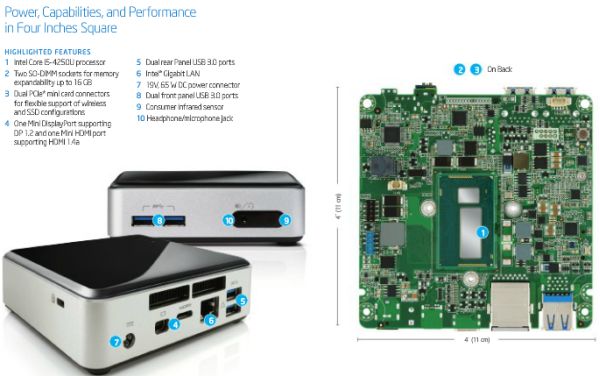 If those specs aren’t doing it for you, Gigabyte also recently updated its Brix line of NUC-like mini-desktops with Haswell processors.