Google is now selling a version of the 2013 Nexus 7 with 4G LTE for $349. You can pick one up from the Google Play Store, and it should be available from T-Mobile soon as well.

Like the WiFi-only versions which have been available since late July, the new tablet has a 7 inch, 1920 x 1080 pixel display, a Qualcomm Snapdragon S4 quad-core processor, 2GB of RAM, and Android 4.3 Jelly Bean software.

What’s new is support for A&T and T-Mobile’s HSPA and LTE networks. 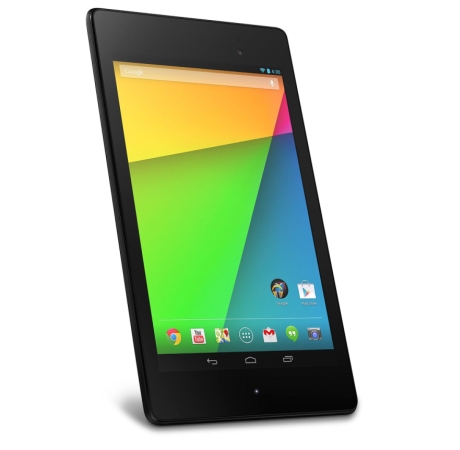 Technically Google is selling the tablet as a T-Mobile device, and it comes with a T-Mobile SIM card. But it’s unlocked and should work on AT&T’s network as well.

Of course, a smartphone that you can use as a hotspot, you could probably save a few bucks by picking up a WiFi-only version and tethering it to your phone, but $349 isn’t a bad price for one of the best tablets around plus the added flexibility of being able to use it with 3G and HSPA networks.