It’s looking more and more likely that the Google Nexus 5 smartphone will be made by LG, and that it’ll basically be a modified version of the hardware used in the LG G2 smartphone. That’s a good thing, since the LG G2 is one of the fastest phones on the market, has a great display, and gets good battery life.

Earlier this month FCC documents showed what looks like the rear panel of an LG phone that could be the upcoming Nexus 5. Now the folks at PhoneScoop noticed some more photos hanging out in an FCC listing — and this time it looks like we’re seeing a modified version of the LG G2 with power and volume buttons on the sides of the phone instead of the back. 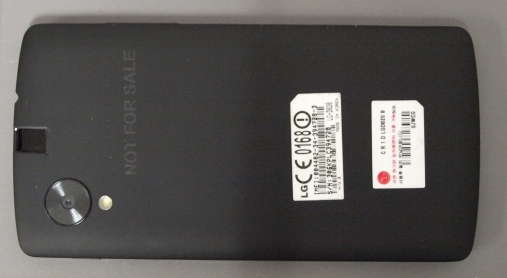 While earlier could-be-LG-Nexus-5 leaks focused on devices with model numbers ZNF-D820 and D821, the new documents refer to a ZNF-VS-980 devices. It looks like the key difference could be that this is a model designed for Verizon’s network.

The user manual in the FCC documents shows an ordinary looking LG G2 smartphone with power and volume buttons on the back, but the internal and external photos of the actual phone show a device that looks like the one spotted in a recently-removed Google video. it also appears to have a 2300mAh, 8.74Whr battery.