BlackBerry Messenger, or BBM is probably one of the best things the BlackBerry platform has going for it. The messenger service has been included on BlackBerry phones for years, providing a powerful alternative to text messaging — and soon BBM will be available for Android and iOS as well.

While BlackBerry hasn’t announced when BBM will be available for those platforms, some beta testers have been using the Android app for a little while — and a new video is making the rounds showing what BBM looks like on an Android device. 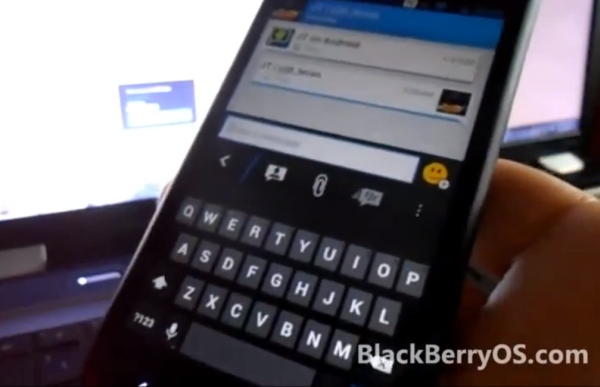 The app looks a lot like BBM for BlackBerry 10, and features the same options for viewing contacts, groups, and sending and receiving messages instantly.

Even the ringtone for an incoming message is the same on Android and BB10.

Odds are most of those things will only matter to folks who have already used BBM on a BlackBerry device and are now using Android or plant o make the switch. What remains to be seen is whether the chat app will be able to attract new users, or whether it’ll just give people one less reason to use an actual BlackBerry phone.

BlackBerry is also working to bring BBM to iOS.

via Android Central and BlackBerryOS