The Asus Transformer Book T300 is a 13.3 inch Windows 8 tablet which you can also use as a Windows 8 notebook, thanks to a detachable keyboard dock. When Asus introduced the first Transformer Book in 2012, it was powered by an Intel Ivy Bridge processor. Now there’s a new model packing Intel’s newer Haswell chip. 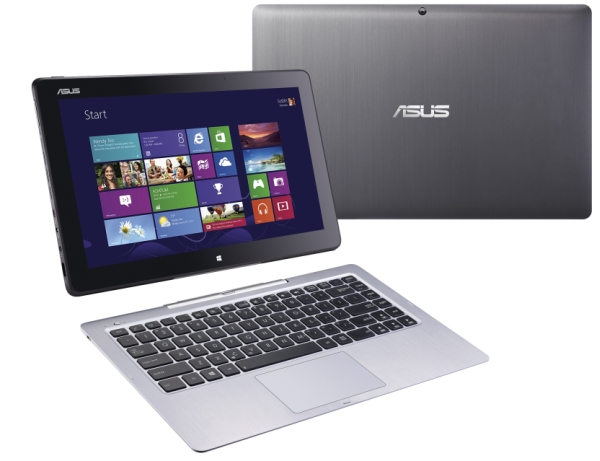 The new Asus Transformer Book T300 will be available with an Intel Core i3, Core i5, or Core i7 chip and Intel HD 5000 series graphics.

Asus has also increased the RAM from 4GB to 8GB and plans to offer models with 64GB, 128GB, or 256GB of stolid state storage.

Other specs are largely unchanged, including a 13.3 inch, 1920 x 1080 pixel IPS display with a capacitive multitouch panel, WiFi and Bluetooth.

There’s a USB 3.0 port and micro HDMI port on the tablet as well as a microSD card slot, while the keyboard dock has another micro USB 3.0 port. Asus says you should get up to 8 hours of battery life when using the keyboard and tablet together.