Chinese chip maker Allwinner plans to launch its first octa-core chip. The Allwinner A80 Octa features 8 processor cores and uses ARM’s big.LITTLE technology to pair a set of high-performance cores with lower-power cores in order to balance performance and battery life in phones, tablets, and other mobile devices. 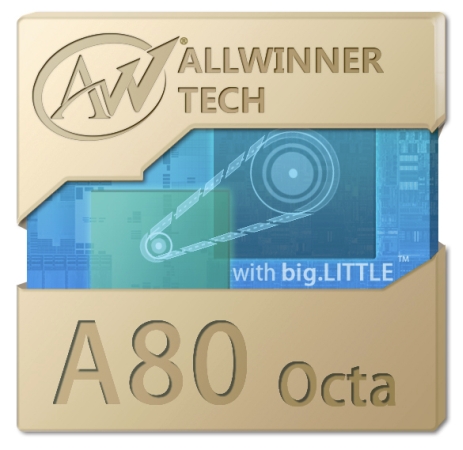 Allwinner tells us the chip design will allow devices to use up to all 8 processor cores at once. But when you don’t need that kind of performance boost, fewer cores will kick in to save power.

That’s about all that Allwinner is saying about the chip right now. There are no details about the clock speed, graphics technology, or even whether these are ARM Cortex-A15 and Cortex-A7 CPU cores (like those found in octa-core chips from Samsung, MediaTek, and Renesas).

Allwinner has a history of making low-cost processors that are popular with makers of Chinese companies building low-cost tablets. So far most of those chips have been relatively low power processors that don’t offer the same level of performance you get from competitors such as Rockchip or MediaTek — although Allwinner was one of the first Chinese chip makers to emphasize its support for 4K video playback.

The company also a reputation for providing more documentation about its chips than some competitors, which has it a relatively popular platform for folks interested in porting Linux to run on TV boxes, tablets, and other devices with ARM-based chips. The MK802 and similar TV boxes can run a number of Linux distributions, and the makers of the PengPod tablets which dual boot Android and Ubuntu have been sticking with

Now that Allwiner is getting ready to launch its first octa-core chip with big.LITTLE technology, it looks like the could be preparing to compete on performance and not just price and (relative) openness.