Google Android may be installed on more smartphones than any other mobile operating system, but since Google offers the software for free, the company doesn’t actually make money from Android. Instead, Google figures that the more time people spend interacting with its services such as Google Search, Gmail, and Google Maps, the more money the company will make.

But that doesn’t mean Google isn’t taking steps to make its Android apps and services a bit more profitable. The YouTube app for Android has pre-roll ads. And soon you may start to find ads in the Gmail app for Android. 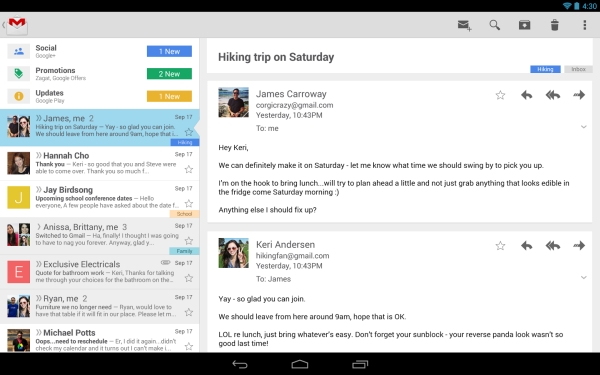 The folks at Android Police put the code for Google’s latest version of the Gmail app under the microscope, and found a number of mentions of advertisements.

Google has long included ads in the desktop version of Gmail. The company’s computers scan your messages and automatically pair text-based ads with your messages based on the content.

Up until now, the mobile version of Gmail has been ad-free. It’s not entirely clear what Google’s mobile Gmail ads will look like yet, but I’ve always found the desktop ads to be relatively unobtrusive and easy to ignore. Hopefully that will also be the case for mobile ads.

It looks like there’s an option to save ads as messages for folks that really like the advertisements that pop up in or around their inbox. I suppose that could come in handy if you get an ad that acts as a coupon for a product you’re likely to buy, for instance.

While the Gmail 4.6 app for Android includes mentions of advertisements, they don’t seem to be actually showing up in the app yet. The code discovered by Android Police could just be laying the groundwork for the future.

3 replies on “Ads coming to Gmail app for Android”