One of the big stories in mobile tech over the past few years has been the rise of the touchscreen. In fact touchscreen tablets are projected to outsell all other personal computers for the first time this quarter.

Intel expects motion tracking to play a big role in the future of personal computes, and at the IDF show in San Francisco this week several top PC makers have committed to including 3D cameras in upcoming laptops and all-in-one desktops. 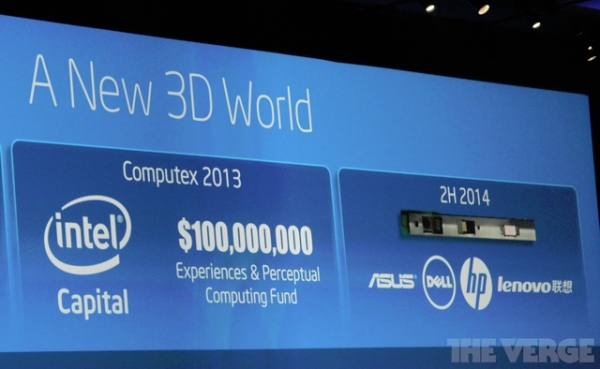 Asus, Dell, HP, and Lenovo have all said they plan to release computers in late 2014 that will have depth-sensing camera built into the screen bezels.

Intel acquired a company called Omek this summer, bringing the company’s 3D gesture recognition technology in-house. Now it looks like the company is working with hardware partners to bring Kinect or Leap Motion-style technology to PCs without the need for third-party accessories.

Intel’s focus on motion sensors isn’t new. The company showed a demo of how you could control a video game running on an ultrabook prototype without touching the device in January, 2012.