Disappointed that Motorola’x new Moto X smartphone isn’t priced more like a Nexus phone? While you can pick one up for around $199 with a wireless contract, up until now a contract-free version of the phone has sold for $549.

Republic Wireless is changing that. Starting in November, the low-cost wireless carrier will offer the phone for $299. There’s no contract required. And if you do sign up for Republic Wireless service, plans will start at just $5 per month. Seriously. 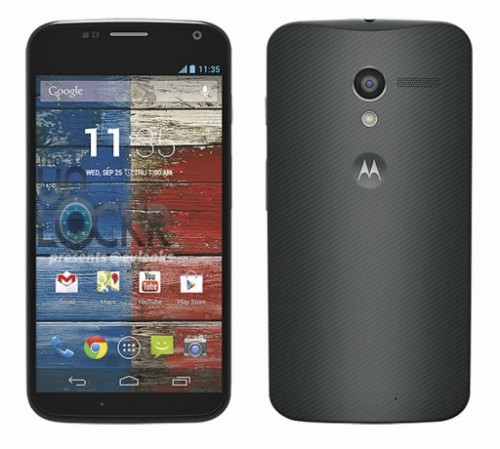 Republic Wireless is an MVNO (Mobile Virtual Network Operator) that operates on Sprint’s wireless network. Originally the company offered $19 per month unlimited everything plans by using a combination of cellular data and WiFi to handle voice calls, text messages, and everything else.

Part of the reason the prices are so low is that Republic Wireless phones route as much data as possible over WiFi whenever you’re connected possible. Voice calls, text messages, and data go through WiFi when you’re at home, at your office, or anywhere else you’re connected to WiFi. It’ll only use a cellular connection when WiFi isn’t available.

Starting soon, the company will offer even more plans — with cheaper options, and faster mobile options. Unfortunately, the $19 per month plan, which could have been a better deal for some customers, is going away.

The company is also adding support for MMS with the Moto X for the first time (although it’ll initially only support sending MMS messages to customers on Sprint’s network). The company is also improving the way calls move between WiFi and cellular. If you’re on a call while you’re on WiFi and you leave the WiFi area, the call will shift to cellular. If you’re on a cellular phone call and enter a WiFi coverage area, the cellular call will continue until it’s complete so you won’t get disconneced.

Existing Republic Wireless customers that upgrade to Moto X and a new plan will get a 10 percent discount on their monthly plans (you have until September 25th to sign up and become an “existing member”). And Motorola is offering a $100 rebate card to existing Republic Wireless customers who already have a Motorola DEFY XT if they upgrade to a Moto X.