Ouya is a $99 video game console designed to bring Android games to your TV. XBMC is an open source application designed to turn a Linux, Mac, Windows, or Android device into a media center.

Now it’s easy to install XBMC on the Ouya and turn the game console into a powerful media center which can stream internet video or content from your home network to your TV.

A version of XBMC 12.2 just showed up in the Ouya Store, which means you can download and install the app without side-loading it. 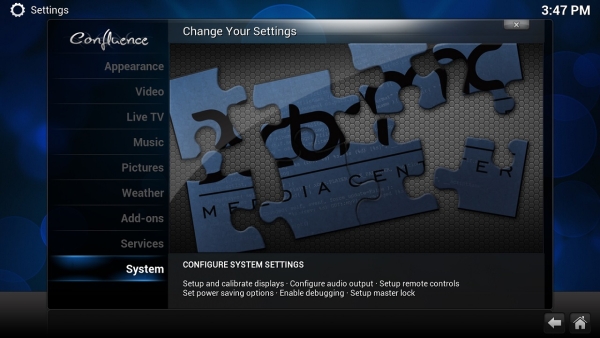 It’s worth noting that this isn’t an official release from the XBMC team. It’s an unofficial version that’s been ported by developer Chris Browet specifically for the Ouya. That means it’s the official Ouya fork of XBMC, but it’s not officially supported by Team XBMC.

Unfortunately, some users have reported that it’s buggy, has problems streaming videos in some conditions, and crashes. Others are unimpressed with the way controls have been mapped to work with the Ouya controller.

In fact, some folks seem to think that unofficial, sideloaded test builds of XBMC work better. The key advantage to using the version that’s now available from the Ouya Store is that it’s easier to install.

You can actually run both versions of the app on the same device if you’d like, since they maintain separate settings.