Samsung makes two versions of the Galaxy S4 smartphone. Up until now the only version available in the US has been powered by a Qualcomm Snapdragon 600 quad-core processor, while folks in some other markets have been able to pick up a model with a Samsung Exynos 5410 Octa-core processor.

Now you can get the Octa-core version in the US as well. Newegg is selling an unlocked, AT&T-compatible version of the phone for $620 (although you can get $30 off with the coupon code EMCYTZT3998). 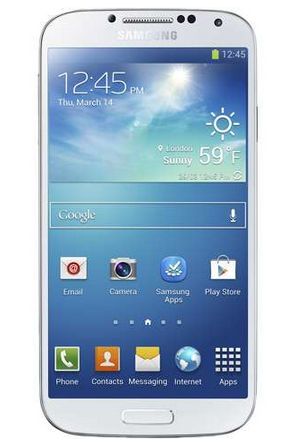 This model doesn’t have LTE capabilities, but it should work with AT&T’s 3G network in the US. It’ll also work on T-Mobile’s network, but you’ll be limited to slower 2G speeds.

Samsung’s Exynos 5410 processor is an 8-core chip that features 4 ARM Cortex-A15 processor cores and 4 ARM Cortex-A7 cores. Samsung recently introduced an updated model called the Exynos 5420 which offers more powerful graphics and speedier performance, but the Exynos 5410 is is still one of the most powerful ARM-based chips on the market at the moment — it just doesn’t support 4G LTE, which is why Samsung typically sells a different configuration of this smartphone in the US.