Skype is fast becoming the official communication tool of Microsoft Windows. Microsoft acquired Skype in 2011, last year Microsoft announced plans to retire Windows Live Messenger and replace it with Skype, and soon the app will come pre-loaded in Windows.

When Windows 8.1 rolls out starting October 17th, 2013, there will be a Skype icon on the Start Screen. 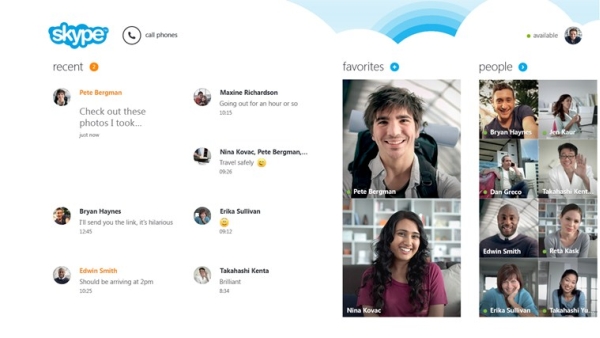 Skype is a free service for text, voice, and video chats. You can also use it to make calls to telephones from your PC or mobile device, but you’ll need to pay for calls to actual telephone numbers.

In some ways, Skype is Microsoft’s version of Apple’s FaceTime or Google’s Hangouts. But Skype is much more than that — it’s a cross-platform app that runs on most popular desktop and mobile operating systems, and which already has hundreds of millions of users.

It’s likely that number will increase now that Skype is about to come pre-loaded on most Windows computers.

On the other hand, ZDNet reports Skype-haters will have the option to remove the app from the Start Screen or even uninstall it entirely.