While tablets ranging from the iPad to the Google Nexus 7 have been growing in popularity over the last few years, a handful of companies have focused on a specific niche: tablets for kids. Sure, you can hand your $600 iPad to your kid to let them play a little Angry Birds, but there are also a number of cheaper, and more rugged alternatives such as the Archos ChildPad and Fuhu Nabi 2.

Now it looks like Samsung plans to get into the kid-friendly tablet space, which could make the Korean consumer electronics giant the largest company to release a tablet for kids.

Initially it looks like it will only be available in South Korea though.

Update: Samsung says the Galaxy Tab 3 Kids will be available in the US, China, Europe, South America, and South East Asia in September. 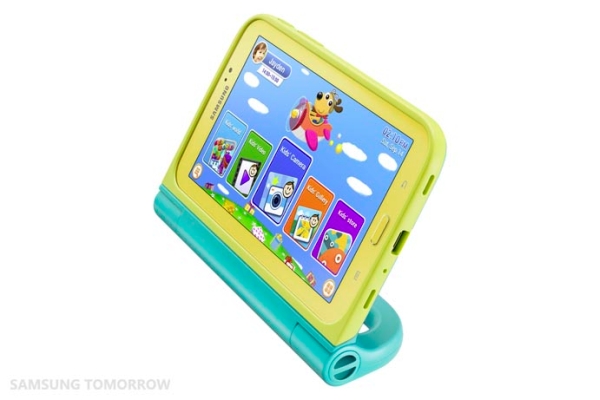 MovePlayer reports that Samsung is preparing a special version of its Galaxy Tab 3 for kids and could launch it in Korea in September.

What makes the Galaxy Tab 3 for kids different from the grown-up model is the removable, rugged bumper case and what appears to be a custom user interface designed for kids. It also has software that lets parents monitor and restrict time spent with the tablet.

It also has a “C Pen,” which I guess is the child-friendly version of Samsung’s S Pen for adults which lets you draw and write on a tablet.