The Samsung Galaxy NX is a pro-level 20MP DSLR camera with support for interchangeable lenses, a 1/6000 of a second shutter speed, and the ability to shoot 8.6 frames per second. It also happens to run Google Android 4.2 Jelly Bean, has a 4.8 inch touchscreen display, and connects to the internet over WiFi, 3G, or 4G LTE.

Those features don’t come cheap. Samsung plans to ship the Galaxy NX in October, with prices starting at $1700 for the camera and an 18-55mm lens. You can save $100 by picking up the camera alone, but it’s not much use without a lens. 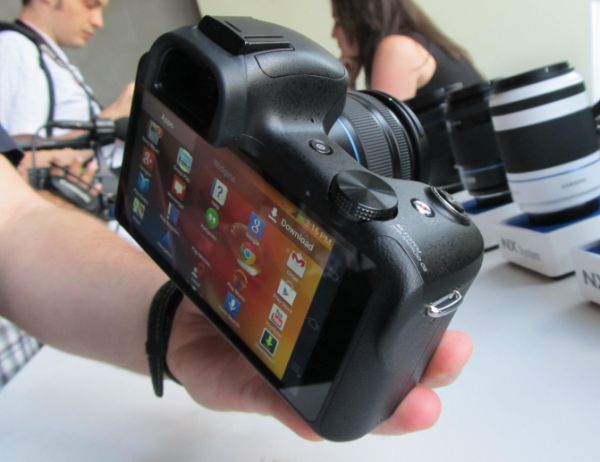 But the Galaxy NX has the a higher-quality image signal processor, a quicker shutter, better support for low light conditions, a sturdier body, and support for a range of different lenses including zoom, fisheye, and pancake lenses.

In other words, it’s a tool for professional and prosumer photographers, not a point-and-shoot camera for the general public. That’s not to say you couldn’t pick up a non-Android DSLR camera for a better price. But part of the reason a device like the Galaxy NX costs so much is because the components aren’t cheap. And part is because Samsung probably doesn’t expect to sell as many of these cameras as it does Galaxy S4 smartphones, so the profit margins are likely a bit higher.