Samsung’s ATIV Tab 3 is a Windows 8 tablet with a 10 inch display, an Intel Atom Z2760 processor, 2GB of RAM, and 64GB of storage. It come standard with a Bluetooth keyboard that you can also use as a protective cover.

Samsung says the new tablet will be available in the US starting September 1st for $700. That’s a little later than originally planned, but the price is pretty much as expected. 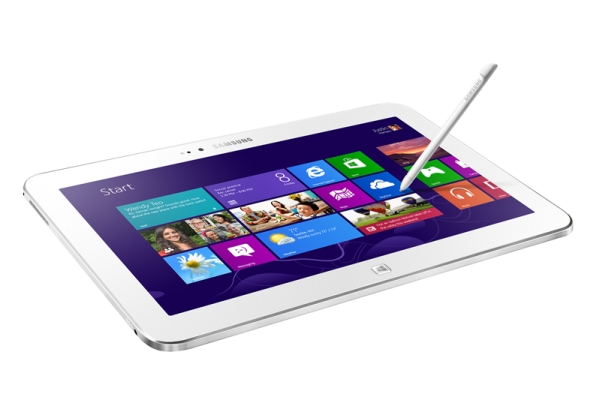 The tablet has a 1366 x 768 pixel display. The ATIV Tab 3 measures about a third of an inch thick and weighs about 1.3 pounds. Samsung’s tablet includes a 2MP rear camera, 720p front-facing camera, a microUSB port, and micro HDMI port. Samsung says the tablet should get around 7 hours of battery life.

It has a 5-point capacitive touchscreen display and Samsung’s S Pen system which includes a digital pen for pressure-sensitive writing and drawing on the screen.

If the price seems a little high, you can still pick up the Samsung ATIV Smart PC 500T. Under the hood it’s practically the same tablet, but it has a larger 11.6 inch display and weighs 1.65 pounds. The Microsoft Store is currently selling that model for $599.