The ZTE Open is one of the first phones to ship with Mozilla’s Firefox OS. While it’s not exactly an incredible piece of hardware, the phone does have a few things going for it: It’s cheap, and it’s now available in the US.

You can order one from ZTE’s eBay store for $80. 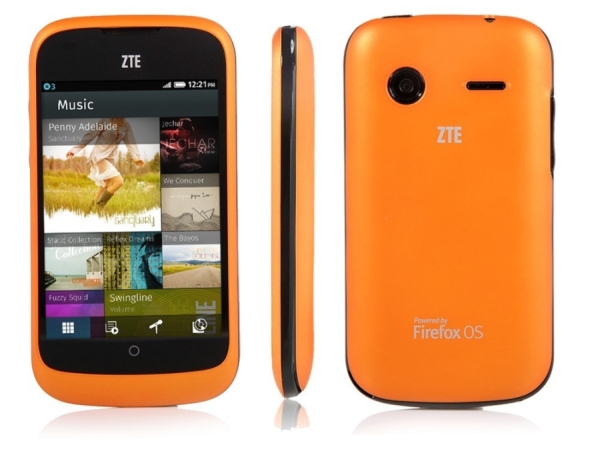 In other words, there’s a reason the phone’s cheap.

The GSM phone supports HSDPA 850/1900 bands, which means it’ll work best on AT&T’s network in the US, although you should be able to get 2G speeds if you use the phone with T-Mobile.

For $80, you could also treat the ZTE Open as a WiFi-only device for playing games, streaming media, and surfing the web. It has dual-band 802.11b/g/n WiFi.

Other features include a 3MP rear camera, a microSD card slot with support for up to 32GB of removable storage, and a 1200mAh battery.

Firefox OS is an operating system designed to support apps written in HTML5, JavaScript, and other web technologies. Mozilla’s been working on the operating system for a few years, but the first Firefox OS devices are just starting to hit the market in mid-2013.

While the operating system is designed to run well on low-end phones like the ZTE Open, there’s nothing stopping device makers from releasing more powerful devices with higher quality screens or faster processors. Part of the reason for the entry-level specs on the first Firefox OS devices is that they’re meant to be sold in Latin America and other emerging markets as well as in developed countries like the US.

If you’re looking for a more powerful device, the $200 Geeksphone Peak+ runs software based on Mozilla’s open source Boot 2 Gecko software which is very similar to the Firefox OS software available on the ZTE Open. That phone has higher-end features including a 4.3 inch, 960 x 540 pixel IPS display, a 1.2 GHz Qualcomm Snapdragon dual-core processor, 1GB of RAM, and 4GB of storage.