One of the key features that set Motorola’s latest phones apart from the competition are support for touchless controls, including support for always-on voice controls. Train your phone to recognize your voice, and it’ll only respond to your requests when you start by saying “OK, Google Now.”

Now the Touchless Control app is available as a download from the Google Play Store — but you’ll still need a recent Motorola phone to download the app. 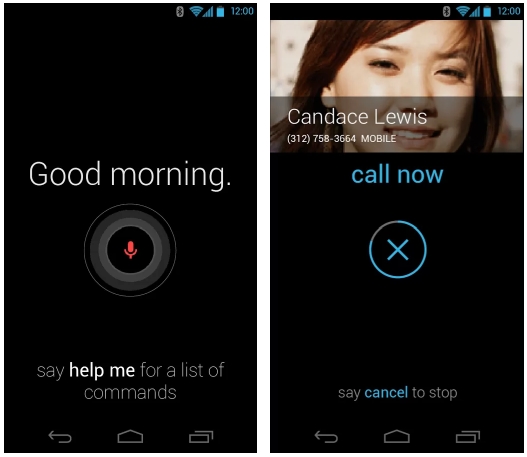 That’s because only the Moto X, Droid Ultra, Droid Mini, and Droid Maxx have the hardware to work with the Touchless Control app — and those are all phones that come with the software preloaded.

So why make it available through the Play Store? Because that lets Motorola push out updates to Touchless Control without releasing a major update of the operating system. In other words, you won’t have to wait for your wireless carrier to approve an update before it can make its way to your phone, and you could receive updates much more quickly (and perhaps frequently) this way.

Google’s been taking a similar approach by making many of its core apps such as Gmail, Google Calendar, and Google Maps available through the Play Store. Now that Motorola is a subsidiary of Google, it looks like some of the parent company’s strategies might be making their way into Motorola’s approach to software.

If you don’t happen to have a Motorola phone, you could try using a third-party app like Open Mic+ which lets you keep the mic on your device active at all times while waiting for you to open Google Now with a key phrase.