The Tronsmart MK908 is a small box with a few USB ports, a quad-core processor, and HDMI output. You can plug it into a TV to run Android apps on the big screen. There are a lot of devices on the market like the MK908, but it’s one of the fastest, most reliable devices of its type that I’ve tested in the past year.

Now there’s a new model which features an external antenna which should offer better WiFi performance.

The MK908 II is available from several sellers at AliExpress, with prices starting at $75. GeekBuying also sells it for $69. 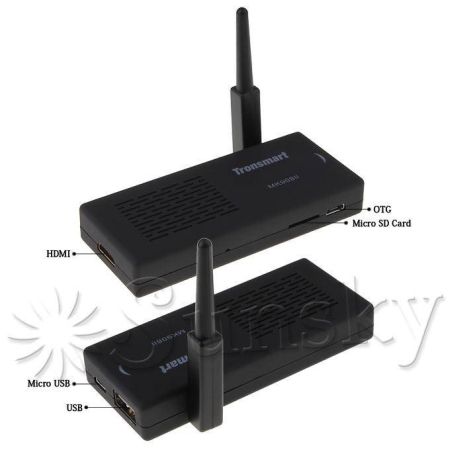 The biggest difference between the new model and the original is the adjustable WiFi antenna. Personally I didn’t have any problems connecting the original MK908 to my home WiFi network, but these tiny Android TV sticks are notorious for flaky WiFi performance. So in general I’m a fan of any changes designed to improve WiFi reception.

You’ll have to pay a bit extra for a model with that antenna though — first generation MK908 devices now sell for as little as $60.