Microsoft CEO Steve Ballmer will step down within the next 12 months and hand over the reigns of a new CEO. When the news was announced on Friday, Ballmer and company made it sound like a peaceful transition that would allow someone new to oversee the next stages in the company’s transition from makers of Windows and Office into a “devices and services company.”

But the timing seems a bit curious. Microsoft’s Windows 8 operating system hasn’t been a runaway success story, Windows RT appears to be bombing, and while most desktop and laptop computers still ship with some form of Windows, those devices represent a shrinking piece of the pie as consumers flock to smartphones, tablets, and other devices.

The folks at AllThingsD (among other publications), did a little digging and found folks “close to the situation” that confirmed that Ballmer may have been pressured to step down much sooner than he’d originally planned. 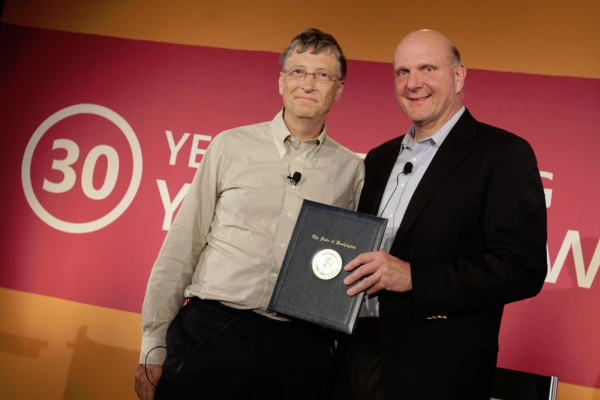