Bookseller Kobo offers a line of eReaders and tablets. And unlike Barnes & Noble, there’s good reason to believe that Kobo has no plans to stop selling Android tablets anytime soon.

A few weeks ago details about an unannounced product called the Kobo Arc 10 HD started making the rounds. It’s expected to feature a 10 inch, 2560 x 1600 pixel display and an NVIDIA Tegra 4 quad-core processor.

Now Kobo has announced it’ll hold a press event to introduce new products on August 27th, and while it’s possible the company only plans to talk about E Ink devices for reading books, it’s interesting to note that the 2012 model Kobo Arc 7 inch tablets have recently dropped in price by $70 or more. You can now pick one up for as little as $130.

That seems like a pretty good sign that Kobo will introduce its new tablets in less than two weeks. 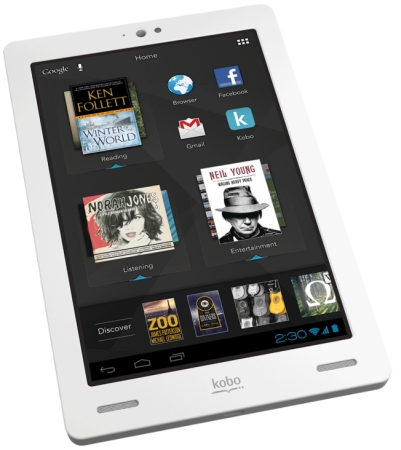