HP appears to be developing an Android device with an 8 inch, 1600 x 1200 pixel display. First revealed earlier this week as the HP Bodhi, it looks like the same device has shown up again at the GFXBench website, this time with the HP Slate 8 Pro name.

The name suggests that we’re looking at an 8 inch tablet. For instance, the HP Slate 7 is a 7 inch Android tablet and the HP Slate 21 is an all-in-one Android desktop with a 21.5 inch touchscreen display.

It’s not entirely clear what qualifies this as a “Pro” tablet, but since the HP Slate 7 is budget tablet with a low resolution display and a mediocre processor, HP might just be using the Pro moniker to indicate that this machine has higher quality specs and will likely have a higher price tag to match. 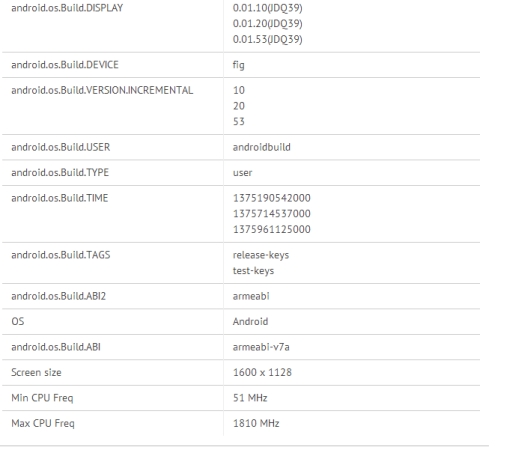 Interestingly, this isn’t the first time we’ve seen HP use the HP Slate 8 name. Last year there were rumors that the company would launch a Windows 8 tablet with a 10 inch screen and up to 10 hours of battery life with that name.

Instead HP eventually launched its Windows 8 tablets under the HP Elitepad 900 and Envy X2 names.

One reply on “HP Slate 8 Pro Android tablet in the works?”