Not long ago, Barnes & Noble decided to scale back its tablet business. This week, competitor Kobo decided to go all in on it.

The eBookseller is launching three new tablets, the Kobo Arc 7, Arch 7HD, and Arc 10HD, all due in mid-October.

Last year’s first Kobo Arc was a surprisingly competent Android tablet — not that Kobo isn’t capable of making good hardware, just that the company usually lags behind the competition while pricing their products higher than average. That wasn’t the case with the Arc at all. And from my initial hands-on impressions, it doesn’t look to be the case with the Arc 10HD, either.

This Android tablet has some stand-out features, though nothing worth setting off fireworks over. Most importantly, it’s at least on a par with the best Android tablets available right now, and at $400, it costs about the same, too. 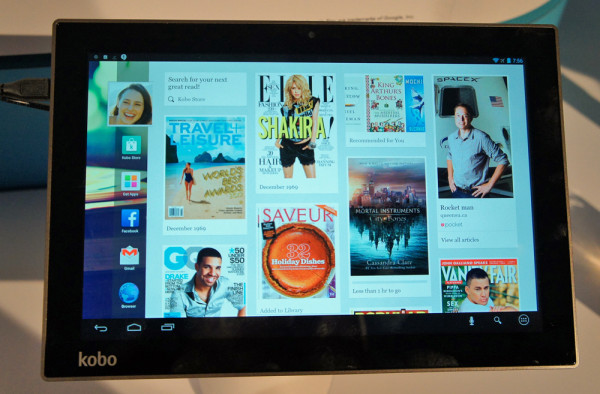 It feels like everyone has a high resolution display these days, and the 300ppi, 2560 x 1600 screen on the Arc 10HD is meant to impress. These numbers are nice, but what matters is how it looks.

The display is bright, colorful, and sharp. The glossy coating didn’t fare well in showcase lighting, but during normal use it might not be a problem. Viewing angles are really wide and overall the Arc 10HD’s screen is really nice.

At 0.4 inches, this is not the thinnest, lightest 10.1-inch tablet around, but that probably doesn’t matter if you plan to use the tablet mostly around the house. The size and 1.4 pound weight might be more of a pain during a long reading session.

The chassis design has some interesting facets — it’s clearly inspired by the look of the Kobo Aura HD eReader. This continues the tradition, since the original Arc looked just like the Kobo readers that came before it. However, it’s not the aesthetics that will attract most people to the tablet.

Kobo designed their Android experience around reading and readers, so the Arc 10HD features a user interface skin. Before you slam your browser closed in distaste, the skin isn’t that extensive.

And unless you’re looking at Kobo content, you don’t even have to deal with it. There are three Home screen areas: the initial Reading Life panel that shows your most recent reads, the Collections area where you can find all of your books, magazines, and more, and the “normal” Android Home screen. Other than this, Kobo doesn’t mess with Jelly Bean 4.2 too much, so you’ll get a mostly stock experience. 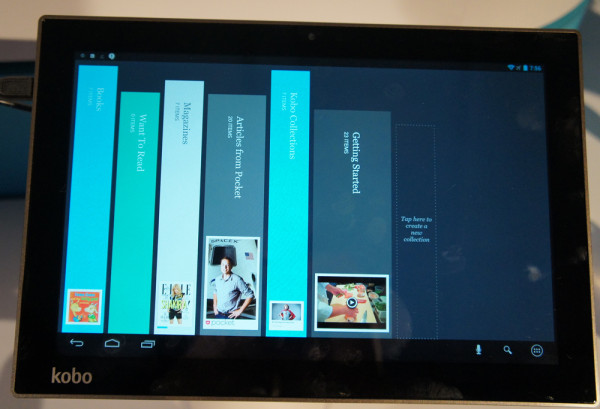 I’m a big fan of the Collections screen because it works similar to the way tapestries worked on the first Kobo Arc (read my review if you want to get an idea). Here you can pin books, magazines, URLs, apps, quotes from books, notes, and more.

The discovery engine that looks at what you collect and makes suggestions is less obvious in this version. And creating a collection is separate from just putting an app on your Home screen. It’s a good overhaul.

My first impression is that the Kobo Arc 10HD is a sweet tablet, and at $400 the price isn’t bad. Performance on the demo units was snappy even though they didn’t represent the final build. The tablet has an NVIDA Tegra 4 processor and 2GB of RAM.

Come October I hope the magazine experience is improved, at least (and from the things I heard at the launch event, that’s likely to be true). If Kobo can get the reading experience down as well as B&N did without hampering or hindering customers on the software and content side, all the new Kobo Arcs could do very well. Looking forward to doing a full review on this one for sure. 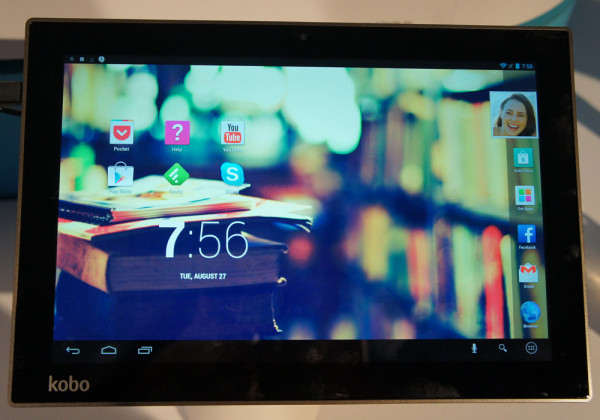