Google may not be ready to announce the official price or launch date for Google Glass just yet, but the company is continuing to roll out new features to members of the Glass Explorer program who shelled out $1500 for a pre-release device.

Google Glass is a device that you wear like a pair of glasses, but which has a small camera and a screen that floats over one eye to show you data, while you interact with apps by moving your head, talking to yourself, or tapping your finger on the side of the device.

This week Google is introducing the XE8 update which brings support for new actions, additional notifications, and other improvements. 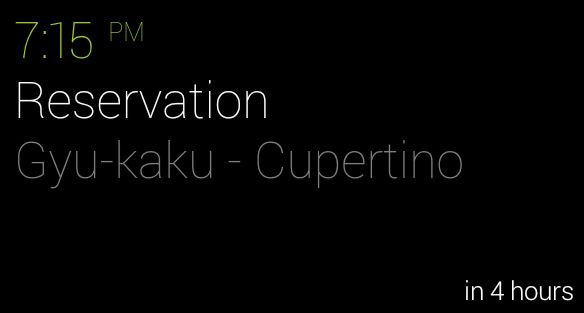 First up, there’s a new video player, allowing you to watch movies or clips on the tiny Google Glass display. You’re probably not going to want to use it to watch a feature-length film (and I doubt you’d get enough battery life to finish the movie anyway), but it could come in handy for watching brief videos sent by friends or discovered on the internet.

When you’re uploading a photo or video, you can now add captions and hashtags using voice commands. And Google says general voice commands are easier to string together now, letting you do things like send a message to someone in your contact list without waiting for a cue after saying “send a message.”

The Google Glass XE8 update includes new cards that show things like reservations for restaurant or tickets for movies or other events or performances. Google will automatically notice when you’ve got a confirmation for any of those things in your Gmail account and show you a reminder at the appropriate time. And when you’re near a movie theater, Glass can show you a list of movies that are playing nearby.

Glass users can also now get public alerts for extreme weather events and other emergencies.