Google’s Chromecast lets you stream videos from the internet to your TV using a smartphone, tablet, or PC web browser as a remote control. But developers have been figuring out how to stream videos directly from a mobile device to the Chromecast, and now there’s an app that lets you do the same thing with a PC.

Developer Leon Nicholls has released a free app called Fling which should run on any computer with Java.

Update: It was fun while it lasted — Google has released a firmware update for the Chromecast that disables support for this sort of local video streaming. 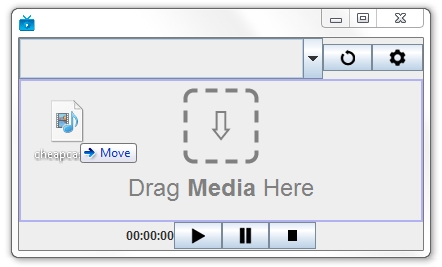 Up until now, if you wanted to stream a video from a PC to a Chromecast device the easiest way was to drag and drop that video into a Chrome browser tab on your computer. The problem with doing things that way is that it uses Chrome’s tab casting feature which basically involves encoding a video of the browser tab in real-time and sending it to the Chromecast.

In other words, instead of just streaming the video directly, you’re playing the video in your browser, encoding it in real-time, and sending it over a WiFi network where it’s decoded. It takes an awful lot of system resources to do that.

Fling cuts out the Chrome web browser and the Google Cast SDK and should allow you to send a video to your TV without jumping through those hoops. You can then control media playback using the on-screen play, pause, and stop buttons.