Now that Google Reader is dead and buried, the folks at Feedly are doing their best to pick up the slack. The company offers an online RSS reader which you can use access via a web browser or mobile apps for iOS and Android, and Feedly also provides an API which several other mobile apps use to keep your RSS feeds up to date and synchronized across devices.

Feedly’s basic service is available for free, just like Google Reader use to be. But Feedly is much more concerned with coming up with a viable business model for a cloud-based RSS service than Google ever was, and today the company is officially launching Feedly Pro.

For $5 per month or $45 per year, users can get access to features which aren’t available from the free version of Feedly. 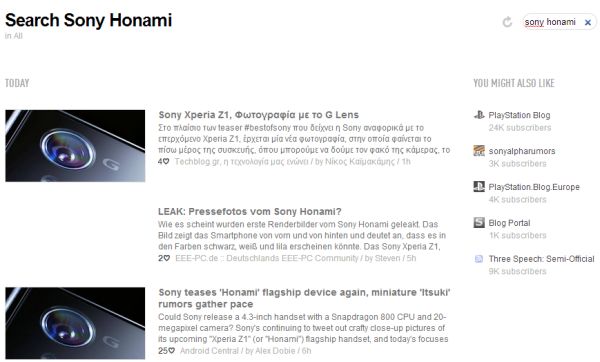 Paid subscribers also get premium customer support, which basically means their support tickets get answered first. Eventually more new features are expected to be available first to Feedly Pro customers, although some might trickle down to free users as well.

I’ve actually been a Feedly Pro user since the company offered 5,000 life-time memberships to users willing to pony up $99 in early August. That’s how much I missed the ability to search my feeds — although it turns out that I don’t do it as much as I used to when I was a regular Google Reader user.

At $5 per month, Feedly Pro is one of the most expensive Google Reader replacements around. But with a free plan, it’s also one of the cheapest.

Other cloud-based RSS services including AOL Reader, Digg Reader, The Old Reader, NewsBlur, and InoReader, just to name a few. If yo don’t need to sync your feeds across devices, you can always use a desktop app such as RSSOwl or even Thunderbird or Outlook.

I suspect more of your are using Feedly than any other alternative though — it’s the only RSS reader that regularly shows up on Liliputing’s top 10 sources of traffic every day.