Google has rolled out a number of updates to Chrome OS recently — but to find many of them you’ll need to be using the Chrome OS Dev Channel. That’s the experimental version of Google’s browser-based operating system. It’s where you find new feature first, but it’s also one of the least stable ways to use Chrome OS, since there may still be undiscovered bugs running wild.

The good news is that the latest Dev Channel update brings an important new feature: An easy way to switch back to the Beta or Stable Channels. 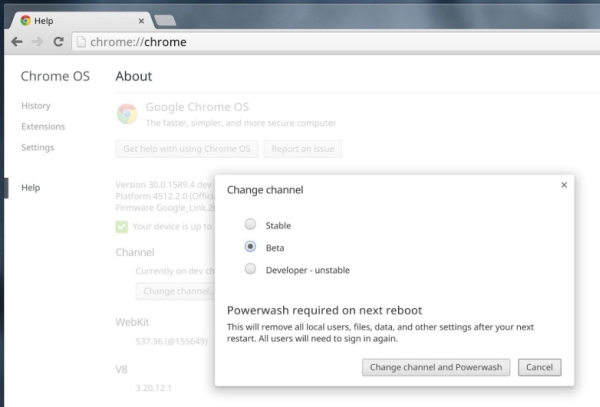 Up until now if you wanted to switch from Stable to Beta or Dev you could do it pretty much instantly. But switching from an experimental build to a more stable one meant flipping a switch… and then waiting until Google rolled out an operating system update or two. Basically you had to wait for Chrome OS version number of the Stable or Beta channel to catch up with the version number you were already using.

Now you don’t have to wait — but you do have to wipe your device. Don’t worry, Google will automatically backup all your settings and restore almost everything after the changeover. But make sure to backup any photos, documents, or other files stored locally before flipping channels.

Chrome evangelist François Beaufort has also posted details about a few other changes in the latest Dev Channel builds, including: 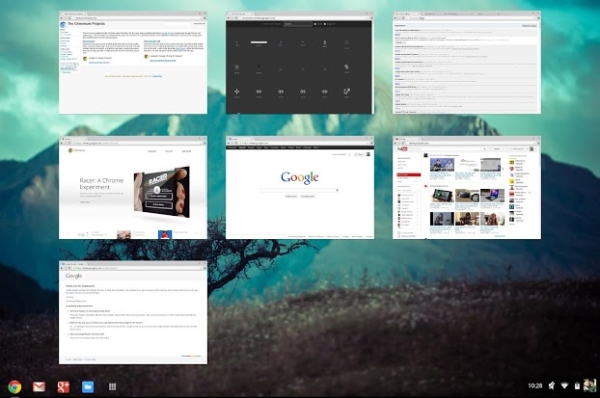 You can usually find the latest Chrome and Chrome OS news by following Beaufort on Google+.