First the good news: A hacker has figured out how to make Samsung’s latest smartphone even more powerful, by convincing it to run all 8 cores at once and overclocking those cores for good measure.

Now the bad news: The chip generated enough heat to cook itself and the phone is basically dead.

So don’t try this yourself unless you know what you’re doing, are willing to risk breaking your device, or both. 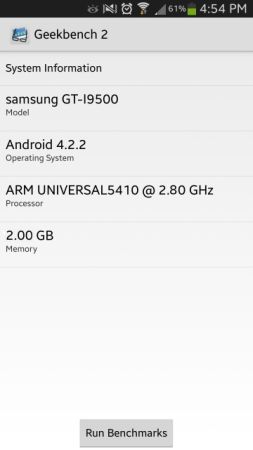 The Samsung Galaxy S4 is one of the first devices to ship with Samsung’s Exynos 5 octa-core processor. It has 4 ARM Cortex-A15 high-performance CPU cores and 4 lower-power ARM Cortex-A7 cores. But they usually don’t all run at the same time.

Instead, the Cortex-A15 components kick in when you need a performance boost, but the power-saving Cortex-A7 cores handle basic tasks in order to provide longer battery life.

Theoretically it might be possible to run all 8 cores without overheating, but apparently overclocking the system to run at 2.8 GHz and running it for an hour is a pretty good way to end up with a paperweight.

28 replies on “True octa-core: Samsung Galaxy S4 hacked to use all 8-cores at once”