Most American smartphone customers buy their phones from a wireless carrier, and most wireless carriers offer phones along with 2-year service contracts. In other words, while new phones come out every few months, most customers are only eligible for an upgrade every 24 months.

T-Mobile is changing that with its new Jump plan. Customers can pay $10 per month for the option to upgrade phones as often as twice a year. 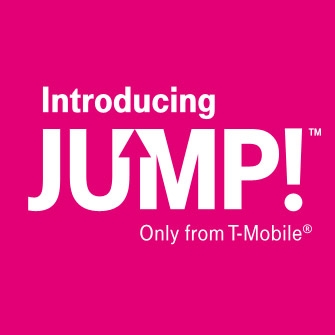 Things get a little complicated when you look into how this plan works, and how it differs from most existing options.

Basically, T-Mobile doesn’t subsidize phone prices anymore. You can either buy a T-Mobile compatible phone for full price and use it on the wireless network, or you can buy a phone from the company at a lower up-front price, and pay for the balance of the phone with $20 per month tacked onto your phone bill. Once the phone’s paid off, that portion of your bill goes away.

What the Jump plans gives you is the option to switch to a new phone as often as twice every twelve months while getting the same pricing on a new phone that a new customer would get.

In other words, you’re basically going to end up adding $30 to your monthly bill on top of voice and data charges. But the upshot is that you can switch to the latest and greatest phones at any time with no penalty. The remaining charges on your current phone go away — although that’s not surprising, since you also have to turn in your old phone to get a new one.

The Jump plan also includes insurance for your phones.

On the one hand, it’s nice to have an option to upgrade nearly any time you’d like (although you do have to put in a good six months before you qualify for your first upgrade). On the other hand, wouldn’t it be nice to live in a world where you didn’t expect your phone to feel hopelessly obsolete 6 months after you bought it?

I hope T-Mobile is planning on refurbishing, reselling, or recycling all the trade-ins that come in through this new plan. Consumer choice is great, but it still feels a little icky to encourage people to burn through their consumer electronics devices so quickly.