Samsung is introducing a new and improved octa-core processor, hot on the heels of its last octa-core chip. Like its predecessor, new Samsung Exynos 5420 features 4 ARM Cortex-A15 processor cores and 4 lower-power Cortex-A7 cores which kick in for tasks that don’t need super-speedy performance, helping provide longer battery life for phones and tablets.

What’s new is that Samsung is bumping up the clock speeds a bit and moving from Imagination’s PowerVR graphics to ARM Mali graphics. Overall, the company says you should see about 20 percent better general performance, and twice the 3D graphics performance of the Exynos 5410. 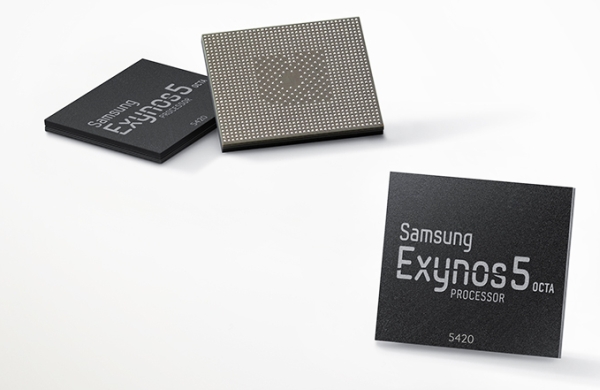 Here are some of the key specs:

Samsung’s first octa-core chip was only actually able to use 4 cores at a time. Either you used some or all of the Cortex-A7 chips, or some or all of the Cortex-A15 chips. Theoretically ARM’s big.LITTLE technology makes it possible to mix and match things differently, but Samsung has only used the simplest configuration so far. It’s not clear yet if that will change with the new chip.

As AnandTech points out though, it’s likely that Samsung has at least fixed a problem with its earlier chips that probably limited performance and drained power a little more quickly than should have been necessary.

While Samsung hasn’t said anything about that problem, it would be kind of silly to release a new chip that’s so similar to the Exynos 5410 less than half a year after that processor launched unless it addressed problems in the early chip.

I suppose the speed bump and improved graphics performance are also welcome additions.

The Samsung Exynos 5420 is expected to go into mass production in August.

Update: At least some folks are claiming that not only does the new chip address the CCI-400 problems found in the Exynos 5410, but it may also be able to use all 8 CPU cores at the same time.