NVIDIA made a name for itself by designing graphics processors for desktop and laptop computers. But over the past few years the company has made a big play for the mobile space with its Tegra line of chips for smartphones and tablets.

Now the company is getting ready to bridge the gap by bringing the same Kepler architecture used in its desktop graphics cards to mobile devices. The first NVIDIA Tegra chips with Kepler graphics architecture are due out in the first half of 2014, but the company is already starting to show what Kepler Mobile can do. 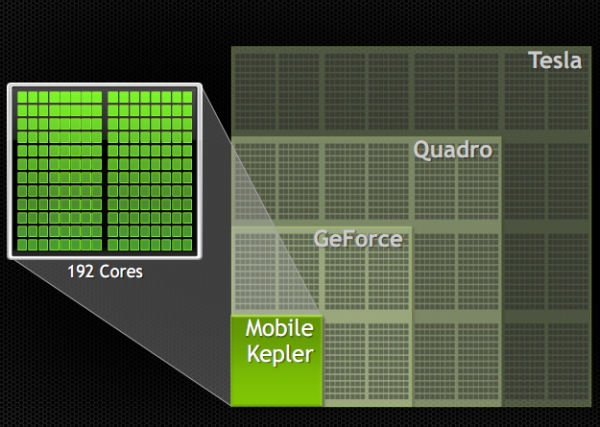 While Logan chips will use the same basic architecture as NVIDIA’s latest desktop and laptop graphics products, that doesn’t mean your next phone will offer the same kind of bleeding-edge performance you’d get from an Alienware gaming rig.

That’s because Kepler Mobile is a stripped down version of desktop Kepler graphics, designed for low-power devices. If you want to get more than a half hour of battery life from your phone or tablet, it kind of needs to be.

While the company’s most powerful Kepler desktop graphics cards use 250 watts of power, the mobile version uses just 2-3 watts and offers the kind of performance you might have expected from a top tier PC graphics card 5 or 6 years ago.

In fact, NVIDA claims Kepler Mobile uses less than a third the power of the graphics chip in the iPad 4 while offering the same level of performance.

One of the first devices to feature a Logan chip with Kepler graphics is likely to be the 2nd generation NVIDIA Shield handheld gaming console. The company has confirmed to The Verge that there are already plans to follow up the first Shield, which hits the streets in about a week.