Digital entertainment company NanoTech plans to launch an Android-powered device that you can use to stream 4K Ultra HD movies to your TV. It’s called the Nuvola NP-1, and it’s expected to ship in August.

NanoTech is taking pre-orders for $299, but your card won’t be charged until the box ships. 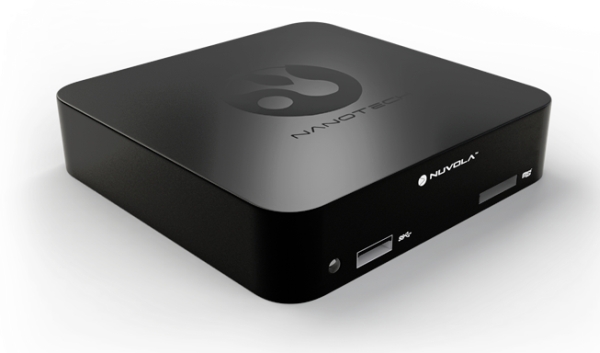 The Nuvola NP-1 is much more expensive than most Android TV boxes released to date. But it’s also the first model I’m aware of that will ship with NVIDA’s ARM Cortex-A15 quad-core processor and one of the few to offer support for display resolutions up to 3840 x 2160 pixels.

That said, basically what you’re looking at is an NVIDA Shield device in a TV box form factor. It doesn’t have a game controller or a display, but it does have a few more ports than you’d get with the Shield. I’ll let you decide if that’s enough to justify asking the same price NVIDIA is charging for its portable gaming system.

The box measures 3.9″ x 3.5″ x 1.2″ and comes with an infared remote control. NanoTech also plans to offer an optional RF remote control with a built-in keyboard and a wirelss game controller.

The Nuvola NP-1 runs Google Android 4.2 Jelly Bean and comes with a number of media apps preloaded, including Netflix, Hulu Plus, YouTube, Pandora, XBMC, Skype, and Angry Birds. It also supports the Google Play Store, so you can install third party apps.

You also get access to the NanoFlix channel for Ultra HD videos.

While some set top box makers, like Ouya, are positioning their devices as hacker-friendly, Nanotech seems to be taking a different approach. The company explicitly states that rooting the Nuvola NP-1 or installing a custom ROM will void your warranty.