Nokia’s best known for making phones, but word on the street has been that the company plans to get into the tablet space. While Nokia has released devices called “internet tablets” in the past, they were basically glorified PDAs, or smartphones that didn’t make calls.

Now it looks like the company’s getting ready to launch a full-fledged Windows 8 tablet — but only after first trying out Windows RT and deciding against it. 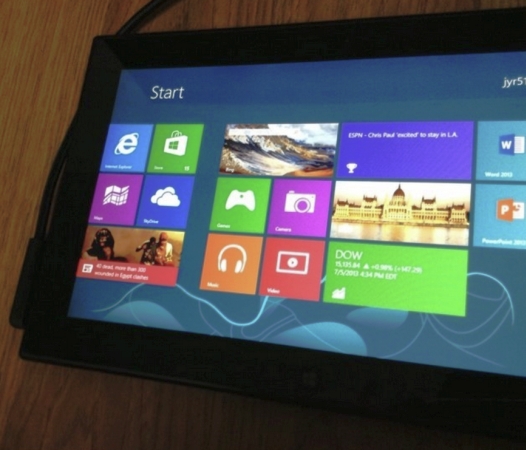 A series of photos posted to a Korean forum show what may have been Nokia’s Windows RT prototype which was never launched, and which likely never will be.

The tablet reportedly features an NVIDIA Tegra 3 processor, HDMI and USB ports, and support for 4G LTE networks as well as WiFi.

It’s possible that these pictures and details are fake — and even if they aren’t, all they really tell us at the moment is what Nokia isn’t planning on releasing.

But that’s not necessarily a bad thing — now that you can find a number of Windows 8 tablets with Intel Atom processors for about the same price as a Windows RT model with an ARM-based chip, there’s not really much reason to go with the stripped-down version of Windows which has a much smaller selection of available apps.

8 replies on “Nokia’s Windows RT tablet that never was”