Nokia appears to be working on its largest Windows Phone handset to date. the Nokia Lumia 625 is expected to sport a 4.7 inch display, making it about the same size as an HTC One.

But the Lumia 625 doesn’t seem to be a top-tier phone. It may be large, but it’s expected to have the specs of a low to mid-range phone, including a 1.2 GHz Qualcomm Snapdragon S4 dual-core processor, 512MB of RAM, and an 800 x 480 pixel display. 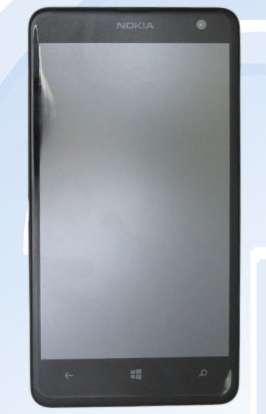 Nokia hasn’t yet officially introduced the phone, but LiveSide notes that it recently showed up at the TENAA website — that’s basically China’s version of the FCC.

The website listing describes a WCDMA phone with support for HSDPA, HSPUA, and GSM networks. Word on the street is that it will also support 4G LTE, but there’s no mention of that on the TENAA site.