MINIX may be best known around these parts for making tiny computers and TV sticks featuring ARM-based processors and Google Android software. But the company’s also got a line of small motherboards and desktop computers featuring x86 chips. 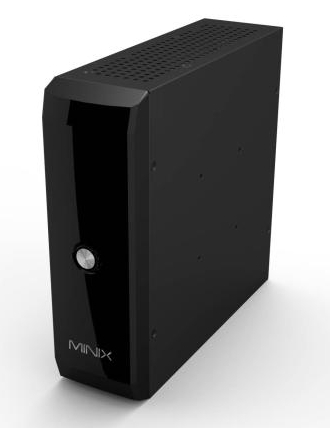 While that sounds like a great price (and it kind of is), keep in mind that this is a barebones system. While it includes the CPU, system board, case, and power supply, you’ll need to supply your own memory, storage, and operating system.

That said, you can pick up some cheap RAM and an inexpensive hard drive and install a free operating system like Ubuntu and build yourself a full-fledged desktop PC for around $200. A Windows license would likely drive up the price.

Intel’s Atom D2550 chip is a low-power Atom processor designed for desktop computers. The 10 watt chip was released in early 2012, and it’s a bit more powerful than the processors Intel offered for netbooks around that time.

The system also has a pretty impressive array of ports, including 2 Ethernet jacks, 4 USB 2.0 ports, 2 USB 3.0 ports, VGA and HDMI outputs, mic, line in and line out audio jacks, and PS/2 mouse and keyboard ports.

The board has 2 SATA II connectors, a PCI Express slot, and support for 5.1 channel audio.

While I wouldn’t necessarily recommend building a home theater PC around a device with an Atom chip, you should be able to watch 720p HD video without too many problems.

Overall the MINIX Mini HD PC seems like it would be a good device to use for less demanding tasks. You could use it to make a kid’s computer (and maybe they’d be more likely to do their homework than play games since the CPU isn’t really made for hard-core gaming). It could also make a decent home media server, or even a work or recreational machine if you don’t need a system to do much more than run a web browser and some office software.

33 replies on “MINIX Mini HD is a cheap, barebones, low-power desktop with an Atom chip”