There’s no shortage of office apps for Android. QuickOffice, OfficeSuite Pro, Kingsoft Office, and many others (including Google Drive) have been letting Android phone and tablet users open and edit Word, Excel, and PowerPoint documents for years.

Now there’s a new player in town — Microsoft. The company has finally brought a version of what’s probably the most widely-used office suite in the world to Android. There’s just one catch: You’ll need to be an Office 365 subscriber to use the official Office Mobile app for Android. 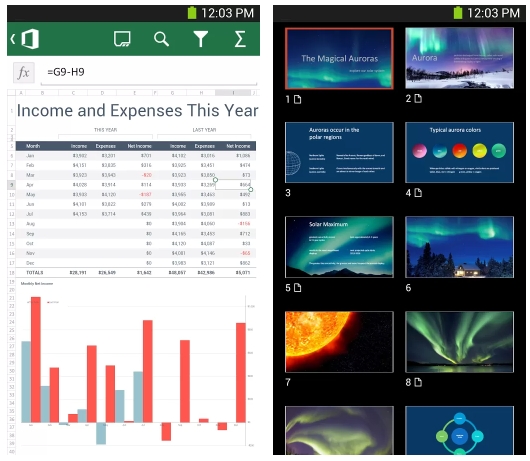 Office 365 is Microsoft’s new subscription service which lets you pay a monthly or annual fee to use Office on multiple computers. When a new version of Office is released, customers automatically get the new version for no extra charge.

Of course, since new versions of Office only come out every few years, that doesn’t sound like a great deal for Office Home Premium users who only need to use Office on a single computer. But the new subscription service could be a good deal for families — you can install Office 365 Home Premium on up to 5 computers for $100 per year.

Business plans start at $12.50 per month per user.

Microsoft still offers the option to buy Office for your PC outright and just install it and use it on a single computer. But the company is pushing its new subscription services pretty hard. The company released Office for iOS last month. Like the Android app, it’s only available to Office 365 subscribers.

The new Android app supports Word, Excel, and PowerPoint documents, features controls optimized for devices with small touchscreen displays, and support cloud synchronization so that you can save files online, and resume reading a document on one device where you left off on another.

Right now the app is optimized for smartphones, but you could theoretically run it on an Android tablet too. It just won’t really take advantage of the extra screen space.