MediaTek seems to be on a roll. The company’s dual and quad-core chips seem to be powering virtually every new Android smartphone popping up in China these days (although Allwinner and Rockchip seem to be more popular in the tablet and TV box space), and MediaTek’s first 8-core chip is on the way.

But it looks like MediaTek’s chips aren’t just confined to smartphones. Chinese device maker MUCH is launching a new handheld game console called the Magic Media i5, and it’s powered by a MTK6589 quad-core chip. 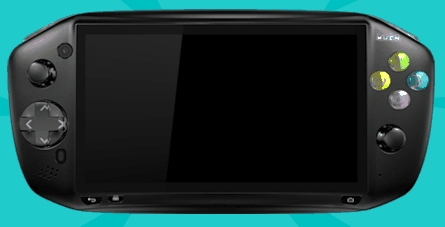 The Magic Media i5 features a 5 inch, 1280 x 720 pixel IPS display and game control buttons and direction pads built into the sides of the case. It looks a bit like a cross between a Sony PSP and an Archos GamePad.

Under the hood the device has MediaTek’s 1.2 GHz ARM Cortex-A7 chip with PowerVR SGX544MP graphics, 1GB of RAM, and 4GB of storage. It also has  microSD card slot for extra storage space.

The Magic Media i5 runs Android 4.2.2 Jelly Bean, has front and rear cameras, and features a 3550mAh battery. It’s also a 2G and 3G-capable device with dual SIM card slots.

It’s expected to sell for a little over $200 in China.