Want to build a so-called “supercomputer,” but don’t want to spend a ridiculous amount of money? No problem. Now there’s an option that costs just $99. Sort of.

Adapteva’s Parallella is a $99 system-on-a-board that features an ARM Cortex-A9 dual-core processor, 1GB of RAM, Ethernet, HDMI, and Ubuntu Linux. Sounds kind of neat for a $99 device, but not all that super.

But here’s the nifty thing: as the name suggests, Parallella is designed for parallel computing and the heavy lifting is handled by an Epiphany multicore accelerator. So you can buy 2 units, a dozen units, or more and use them to perform some pretty serious computing tasks. Ultimate the team hopes to enable support for 1024 processor cores to work together. 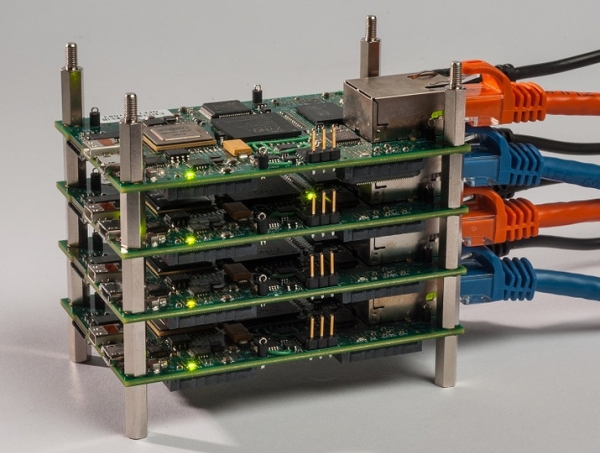 Adapteva ran a crowd-funding campaign last year, and the first boards are nos whipping to backers. If you didn’t get in on original campaign, you can also now pre-order units that’ll ship in October.