Leap Motion wants to bring motion controls to computers the same way keyboards brought typing. For $80 you can pick up a sensor that plugs into your PC and lets you interact with a computer by waving your hands, fingers, or other digits around to control games, maps, or other apps.

At least that’s the idea. The company has been showing off its technology for months and now that the Leap Motion controller is officially shipping, the first reviews are hitting the web — and they’re mixed, at best. 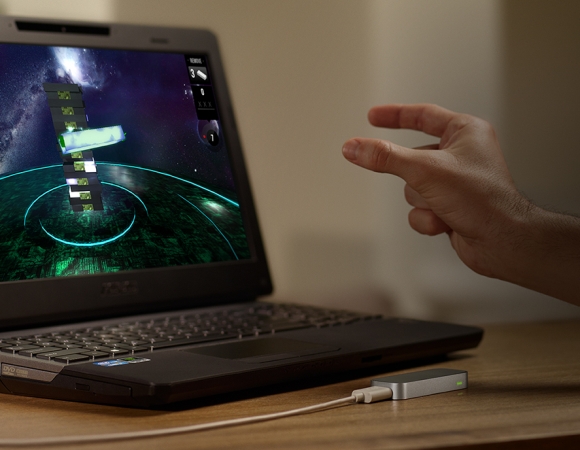 On the one hand, it’s pretty cool to be able to interact with apps on your computer without touching it. On the other hand, there are a limited number of apps available, Leap Motion doesn’t currently let you control basic Windows or OS X functions (like actually launching or using an app that’s not designed for Leap Motion), and some reviewers are unimpressed with just how sensitive the motion sensor is.

Update: While Leap Motion doesn’t allow you to use your hands and fingers as a digital mouse right out of the box, there are a few third-party apps in the Leap Motion Airspace Store including the Touchless for Mac and Touchless for Windows apps which let you interact with the operating system using 3D gestures.

Right now there are fewer than 100 apps available in the company’s app store, and most of them are games. And when you’re trying to draw, game, or navigate Google Maps you have to contend with a system that won’t detect your movements if you’re not close enough to the sensor or in the right position. Some folks say that even if you’re in the sweet spot, from time to time the Leap Motion sensor loses track of some of your fingers or other bits.

Topping things off is the fact that as much as many folks want to live in a world where they can Minority Report-style gestures at their computers, holding your hands in the air while you’re using a PC isn’t as comfortable as resting them on a desk, table, or the palm rest of your laptop.

3D gesture technology might be the future, and we might get used to holding our hands up the way many of us have gotten used to touchscreens. But it sounds like Leap Motion’s device and software are a sneak peek at a future that hasn’t yet arrived… if it ever does.

The good news is that you don’t have to spend an arm and an leg to try out a vision (or gesture) of the future. The Leap Motion sensor is available from the Leap Motion store or  Best Buy for $79.99.

Here are some of the first Leap Motion reviews: