HP’s Slate 7 is a low-cost Android tablet with a 7 inch screen and a dual-core processor. When it launched in April, HP charged $170 and up for the Slate 7. Now you can pick one up for $140. 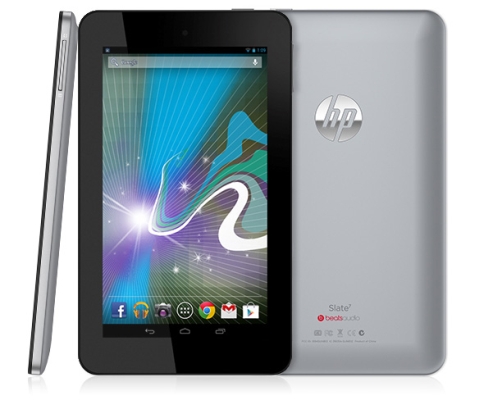 Even at those new prices, the HP Slate 7 might not be the best deal around. The $199 Google Nexus 7 costs more, but has a higher resolution display and faster processor. Amazon is currently selling the Kindle Fire HD for $169 and up. And you can pick up a Barnes & Noble NOOK HD for $129.

Unlike some of those tablets, the HP Slate 7 does have a pretty pure Android experience rather than a custom version of Google’s operating system. It also has a microSD card slot for extra storage.

But the HP Slate 7 gets just up to 5 hours of battery life, which is pretty poor by today’s standards.

For the most part, the Slate 7 has the specs of a Chinese tablet that you could buy for under $100. It just has the HP name thrown on.

If that matters, I suppose it’s nice to know that you can now buy one for $30 less than the original list price .