Well, it finally happened. Google Reader is dead. We knew it was coming, but it’s still a bit sad… at least for folks who know what Google Reader was. That excludes most of the world.

Anyway, if you’ve been using Google’s cloud-based RSS feed reader to get your daily fix of news from around the web all in one place, hopefully you’ve found a new solution by now. If not, you may want to make a point of grabbing your data from Google Reader.

Google will be deleting your subscription data on July 15th.

Here’s how to save your data from Google Reader so you can import your subscriptions to another service such as AOL Reader or The Old Reader. Popular feed reader Feedly also plans to add support for OPML import in the next major update.

1. Go to google.com/takeout before July 16th. 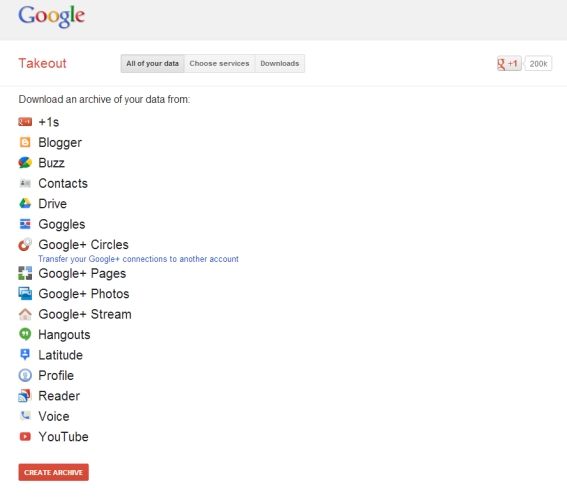 4. Google will estimate what it’ll take to save your data and tell you how many files you’ll have and how large they’ll be.

5. Once that’s done, click the “Create Archive” button at the bottom of the screen. 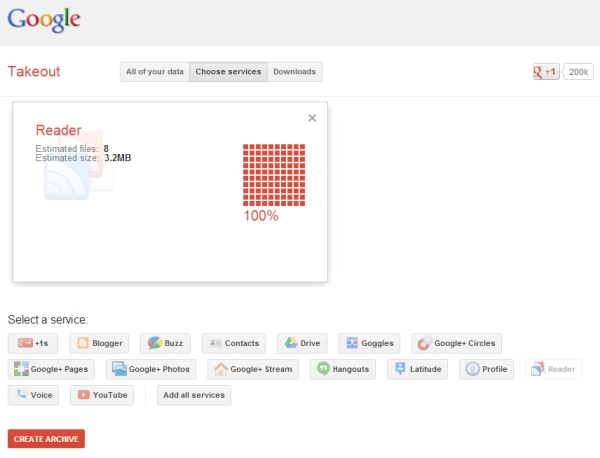 6. Wait for the service to finish “building,” or check the box that says “Email me when ready.” 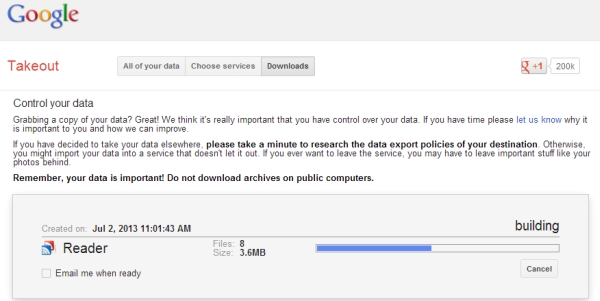 When you’re done, you’ll have a ZIP file. Extract it to a folder on your computer, go into the “Reader” folder, and you’ll find a file called subscriptions.xml.

That’s your OPML file. It contains a list of all the feeds you subscribe to, and it’s pretty much what you’ll need if you want to import that list into most other RSS readers. Not every reader supports OPML, but it’s the most widely-used format by far.

Other data in your file from Google Takeout includes your list of shared and liked items, but most other RSS readers won’t be able to do much of anything with that data.

What you don’t get from Google Takeout is the list of every item you’ve read, starred and tagged… ever. There’s a reason I’ve been using Google Reader for more than half a decade, but my download was only a few megabytes.

If you really want the full archive, you can use a third-party app such as Reader is Dead. Just be prepared to download a huge file that could take up several gigabytes.