Google is expected to unveil its second-generation Nexus 7 tablet soon. And according to a leaked Best Buy ad, it looks like the tablet will be available in stores starting July 30th. There’s a chance it could be available online sooner than that — Google is holding an event on July 24th where the company could introduced the new Nexus 7. Or maybe the event is about something else altogether. 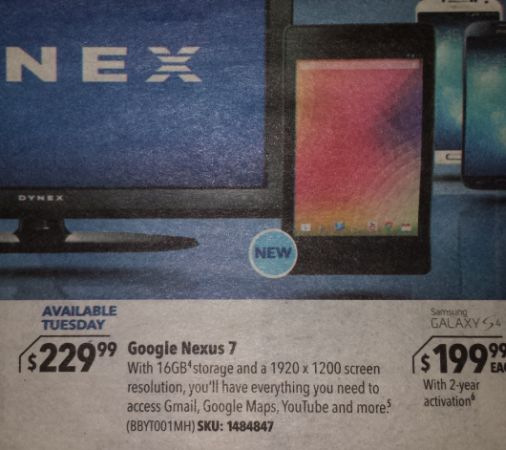 Meanwhile, serial leaker @evleaks has posted new pictures of the front and back of the tablet, featuring the Nexus logo and front and rear cameras. 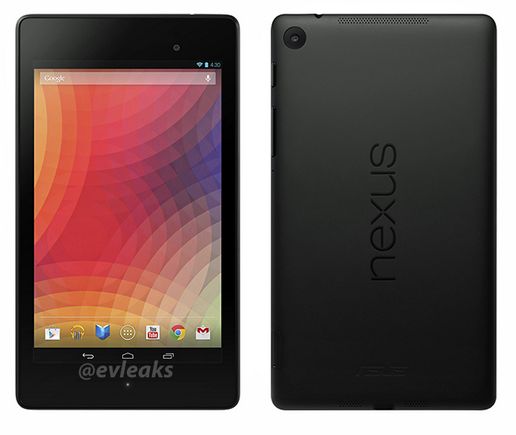 If other leaks and rumors we’ve seen turn out to be true, then here are some of the other specs we can expect from Google’s new 7 inch tablet:

The $230 starting price is expected to be for a model with 16GB of storage. A 32GB model will also likely be available for around $270.

Last year’s Nexus 7 was launched with a starting price of $199, but the new model has a higher-resolution display and will likely have a faster processor, among other improvements.

The market has also changed pretty substantially in the last year. When the first Nexus 7 hit the streets it was one of the cheapest tablets available with decent specs. But these days B&N, Amazon, Hisense, and others are all offering pretty great tablets for under $200. Rather than competing on price, it looks like Google and its manufacturing partner Asus are offering top tier specs at a mid to low-range price without trying to compete only on price.