US wireless carriers are making it easier to upgrade or switch phones before your contract is up. Before the year is out, it looks like most of the big carriers in the States will have some sort of early upgrade program.

Up until recently if you wanted to buy a new phone from your wireless carrier in the US you either had to wait until you were around 18 to 24 months into your contract or pay full price for the phone up front (something that could cost you as much as $650 if you have a taste for top tier phones).

This month T-Mobile announced a new “Jump” plan that lets users upgrade as often as every 6 months. Now AT&T is launching its own early upgrade program, and word on the street is that Verizon will introduce a similar plan soon. 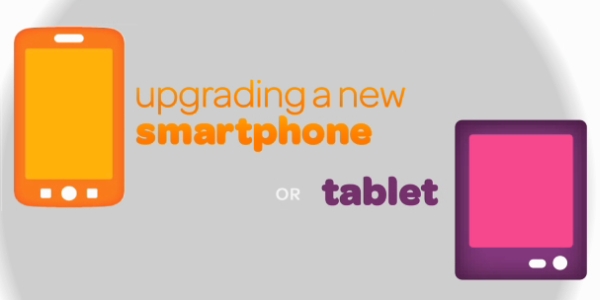 The new AT&T Next plan lets customers upgrade as often as once a year. You’re still kind of paying full price for your phone, but AT&T will take the price of the phone or tablet, divide it by 20, and tack an extra payment onto your monthly phone bill.

What makes AT&T Next interesting is that once you’ve made 12 of those payments, you can switch phones with no down payment and AT&T will just start the count to 20 all over again, forgetting about the 8 payments you hadn’t yet made.

AT&T also skips the upgrade and activation fees on your new device.

There’s a bit of a catch — you have to trade in your phone. It’s not yours to keep, even though you’ll have paid 60 percent of the retail price. It’s kind of like you’re leasing your phone.

According to Droid Life, Verizon is expected to launch its early upgrade program August 25th.

Full details aren’t yet available, but it looks like customers will be able to upgrade to a new phone as soon as they’ve paid off 50 percent of the price of their current phone.

Update: Verizon has officially introduced the Verizon Edge program. It works a bit like AT&T’s program, with the cost of a phone split up over 24 months — but you can upgrade as soon as 6 months in by paying 50 percent of the retail price of the phone. Payments you’ve already made count. Then you can choose a new phone.

It still may be cheaper to just buy a phone outright

If you don’t plan to buy a new phone every 6 to 12 months, you can still save a lot of money by paying full price for your device and then signing up for a low-cost service plan. T-Mobile offers plans for as low as $50 per month and MVNOs such as Straight Talk and Solavei have plans that may be even better deals for some customers who want to bring their own phones.

You can save enough money with that sort of plan to more than pay for a $600 smartphone over the course of a year or two. If you buy a cheaper phone like a Google Nexus 4 or a BLU handset, you can start saving money even more quickly.

Even if you do want to switch phones every 6 months or so, when you buy a phone for full price, it’s yours to sell on eBay, Swappa, or Craigslist when you don’t need it anymore. Selling a fairly recent phone will probably net you at least half the money you need to buy your next phone.

But these new plans from Verizon, AT&T, and T-Mobile are designed for folks that don’t want to (or can’t afford to) drop $600 on a phone all at once, as well as customers who are more comfortable sticking with a mobile operator whose name, customer service, and service area they trust. If history shows us anything, that covers most smartphone customers in the US.